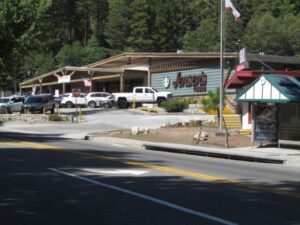 Blue Jay is more of a commercial area then residential although there are many charming homes lining both sides of Highway 189 that brings us into Blue Jay. There are several nice restaurants on Highway 189 as you head to Blue Jay in a little business area known as Ague Fria. Also several other small shops and business. Blue Jay has several real estate offices and a number of restaurants as well as a library, post office, Rite Aid Drug Store, a massage spa, the largest Jensen’s grocery store on the mountain and a movie theatre that runs newly released films. There is the Arrowhead Animal Hospital and a furniture store with mountain styled furniture in the Jensen’s shopping center as well as an office building housing several businesses across the street. The office building was built on the lot that use to host the famous old ice skating ring. There is a new development under construction alongside the small shopping mall where Rite Aid is currently located. We will update the webpage once we know what is going in there.

As far as residential areas: There is one behind Jensen’s Market shopping center. It is just a few 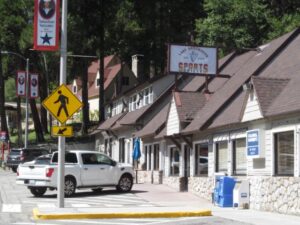 streets on the south side of North Bay Road. Then across North Bay Road on the corner of Highway  189 is a  Theatre that runs newly released films. Across Highway 189 from the Theatre is a very charming gated Community known as Blue Jay Canyon. This neighborhood has many older homes from the 30’s and 20’s that have incredible character. There are other homes also that were built in other decades and all the properties traditionally command a higher value then you might expect when comparing them to other areas. Blue Jay Canyon is a lush green location that has extreme charm and with a very nice stream that runs through it. This neighborhood borders the  Arrowhead Woods but is private and serene unto itself. 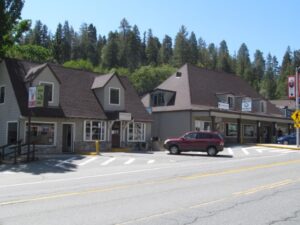